Michael's family started in the restaurant business in Oklahoma City in 1937, with Michael first rolling up his sleeves at the age of 11 at his uncle's food truck. Ahead of their time with the first food trucks in Oklahoma City, they served up handmade pizzas to local patrons. And that imagination lit a fire in Michael, spurring a lifelong love of service.

His work in the family business continued throughout his teen years, from food trucks and Italian restaurants to steakhouses and speakeasies. His Uncle Jake's speakeasy, Jake's Cowshed, opened while Oklahoma was still a dry state. But Jake believed in show business, so to get around the strict liquor laws, he turned his establishment into a private club. Each member had a personalized coffee mug with a membership number, their name and artwork drawn specially for them. For just $0.75 per visit, members were given their coffee mug with their liquor of choice, a bucket of ice, preferred mixers and of course, a bowl of popcorn. Once there, patrons were treated to flourishing acts like the Ink Spots, Tommy Edwards and Don Cherry — a first look before they made it big!

After college, Michael moved to Tulsa to learn the ropes from his Uncle Mike at the Celebrity Club, eventually finding his way back home to Oklahoma City in the 80s. In 1988, Michael opened his first restaurant, Michael's Supper Club, followed finally by Michael's Grill in 1996.

Generations of restaurant giants left big shoes to fill, but they also paved the way to winning the confidence of the people of Oklahoma and forged a deep love for the restaurant business.

Michael learned early on there's never nothing to do, and for that reason, there are no days off. But that's why he's so passionate about his work. He firmly believes the old saying that if you find something you love to do, you'll never work a day in your life. In Michael's mind, there is nothing better than serving people and getting to know generations of the Oklahoma City community. He knew from the age of 12 that this is what he wanted to do and has been fulfilled by it ever since. In fact, he felt so fortunate to have found his passion early on, Michael's Grill was almost dubbed "Lucky's!"

Starting with just 2,400 square feet, Michael's Grill has evolved in recent years to what it is today — a 132-seat restaurant and bar serving up a delicious selection of Italian classics, highest quality meat, freshest seafood, comfort food favorites and heavenly desserts. Excellent wine and cocktail pairings and top-notch service in a casually elegant atmosphere add to what is truly a culinary experience right in the heart of OKC.

Join us for a romantic date night, belly up to the 22-spot bar for a relaxed evening with friends, or reserve our private room for your special occasions. Dinner even comes with a side of history — you can still see Uncle Jake's coffee mugs on display by the front door! No matter your reason, make every visit an occasion at Michael's Grill. 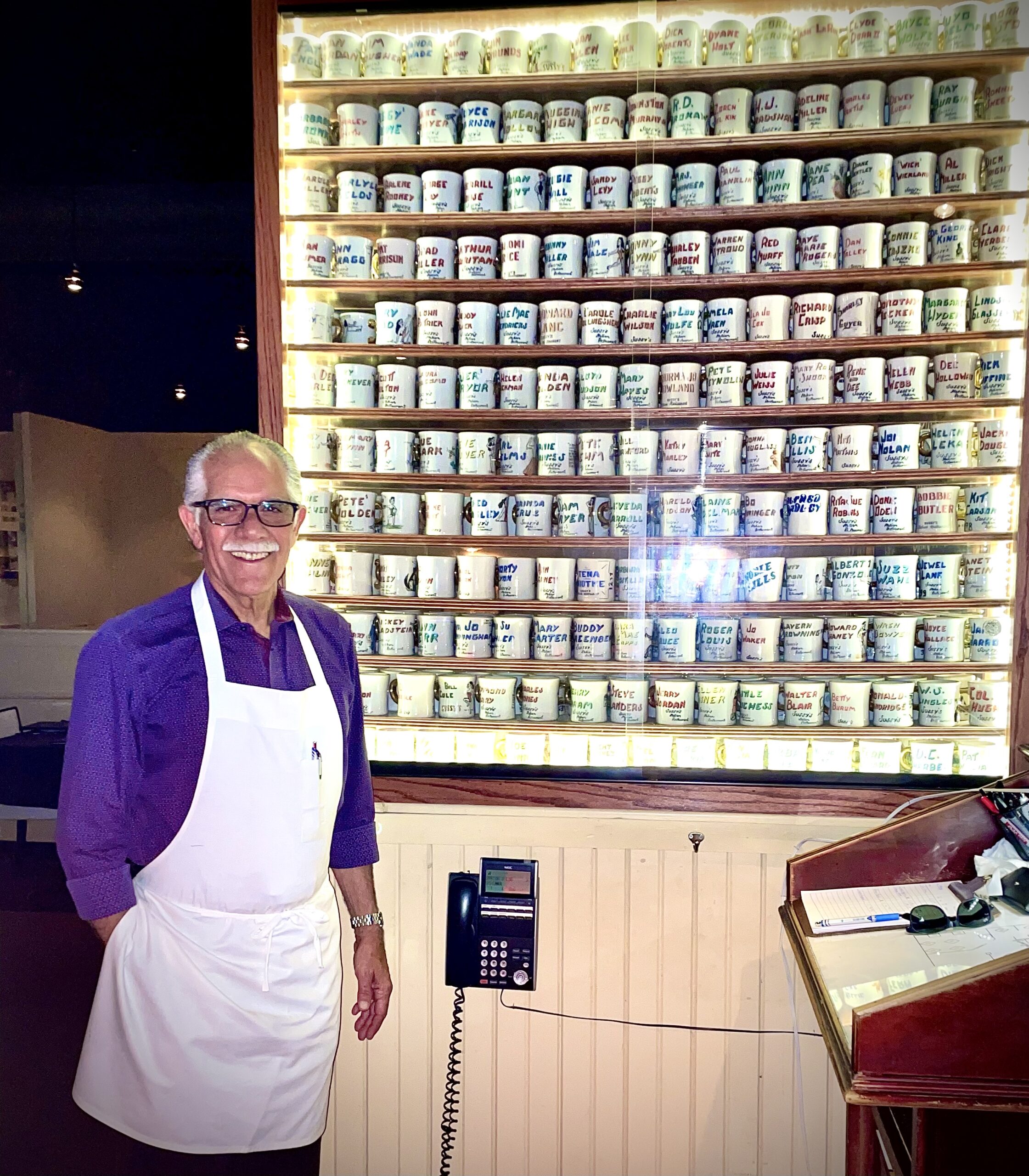